Wings: Yes, adults have wings and can fly.

American Cockroaches in Illinois and Indiana

Many people know these bugs by different names, including water bugs and palmetto bugs. It is the largest of the house-infesting cockroaches, measuring up to 2 1⁄8 inches long with fully developed reddish-brown wings. Despite its name, the American cockroach is not native to North America and was probably introduced via ships from Africa. It is currently found throughout the United States and is second only to the German cockroach in abundance. Adults can live up to one year and an adult female will produce an average of 150 young in her lifetime.

American cockroaches are often found in bat caves and hollow trees. In more urban environments, they are commonly in sewers, storm drainage systems, prisons, factories, hospitals, and hotels. The American cockroach is omnivorous and an opportunistic feeder. It consumes decaying organic matter but is a scavenger and will eat almost anything. It prefers sweets but has also been observed eating paper, pet food, soap, hair, fruit, book bindings, cardboard boxes, cloth, and dead insects. American cockroaches prefer warm, damp environments and can often be found outdoors around drains, garbage bins, trees, and woodpiles. When these roaches make their way indoors here in Chicago IL, they often live in damp areas such as basements, garages, kitchens, and bathrooms.

Although American cockroaches have the ability to bite, they almost never do. These cockroaches are considered pests of public health importance because they breed and feed in unsanitary areas close to humans, such as garbage storage, sewage systems, and septic tanks. American cockroaches have a characteristic odor when present and can contaminate human food and surfaces with their feces and body parts. The biggest concern with American cockroaches is the fact that they can be vectors of disease. These roaches can spread bacteria and filth wherever they go. Some of their behaviors have been known to cause asthma attacks in certain individuals prone to allergy problems.

If you notice American cockroaches in or near your property, it’s best to contact a professional cockroach exterminator. 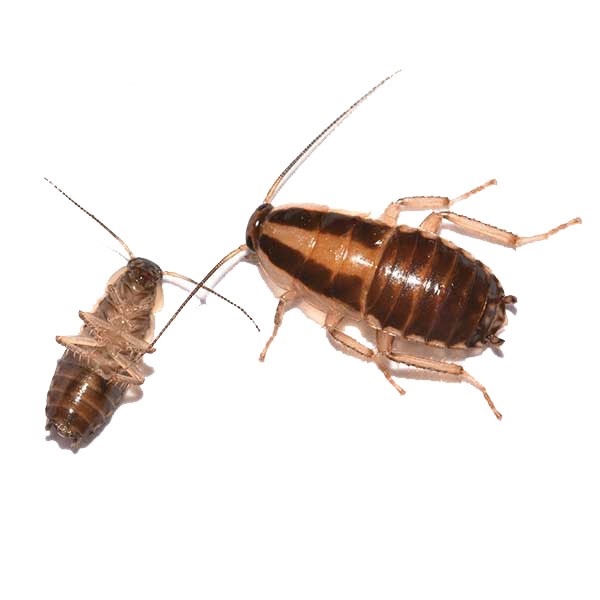