Habitat: Prefer areas in full sun, nearby cicada-heavy areas. They tunnel underground, leaving a U-shaped appearance in the soil.

Cicada killer wasps are one of the largest wasp species in North America. They are hairy, reddish-black insects that can grow to be 2 inches in size! This certainly makes them appear dangerous, but they typically are not as much of a threat to humans as they are to cicadas. Female wasps often attack cicadas in flight, sting them until they become paralyzed, and take them back to the nest to feed her larvae. Cicada killers are found throughout the United States as well as Mexico and parts of Central America. They are known to burrow near residential areas here in Illinois and Indiana. These burrows may be found on sloped terrains, in flower beds, along patio edges or sidewalks, as well as in the yard.

Cicada killers appear as adults in late June or July and are mostly seen visiting flowers or digging burrows in sandy or light soil. The cicada killer wasp nests in the ground near cicada populations. Frequently, dozens of their burrows are located in lawns and on golf courses. A pile of soil often surrounds the entrance. The male wasp flies guard duty over the lawn, chasing away potential predators.

Despite their size and name, cicada killers aren’t as aggressive as other types of wasps. They only rarely sting humans and pets when they feel threatened. A sting will always come from a female, as the males do not possess a stinger. That said, male cicada killer wasps are aggressive and territorial, and may buzz around your head. A sting from a cicada killer can be painful and their venom may cause an allergic reaction in some people.

Cicada killers can be a nuisance if they are found on your property. Female wasps dig fairly large burrows, making quite a large mess near plants and vegetation. The burrowing behavior of this wasp can damage the roots of plants and make walkways and pathways unstable. If you notice cicada killer wasp activity near your property, always contact your local wasp experts. 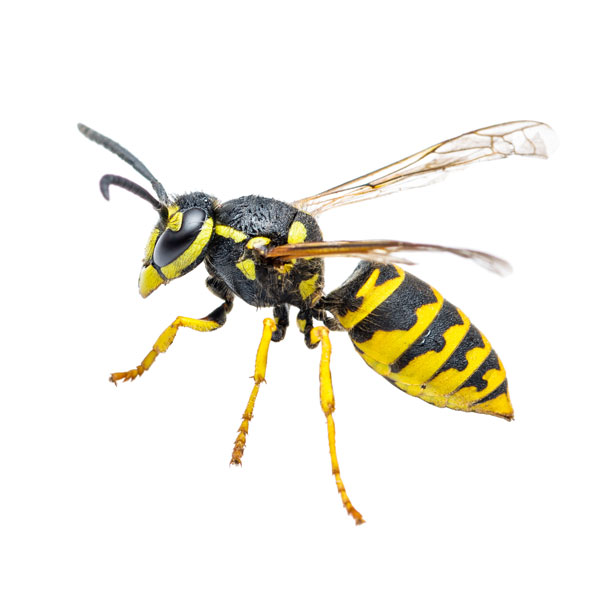