Habitat: Construct nests out of mud. Tubes are about 1” long and constructed side by side under eaves, porch ceilings, and more.

Mud Daubers in Illinois and Indiana

Mud daubers are solitary wasps that construct nests or brood chambers from the mud. There are many species of mud daubers and they are commonly found throughout the United States. Besides its unique nest, one of the easiest ways to identify a mud dauber is by its thread-like waist separating its abdomen and thorax, which helps differentiate it from other types of wasps.

Mud daubers are not nearly as aggressive as other wasps and typically do not sting unless their nest is directly threatened. There are several species of mud dauber found throughout the United States, and they are common during the spring and summer months in the Midwest.

Female mud daubers construct the nests in which the colony lives. These nests are cylindrical in shape, making them look like organ pipes at times. Mud dauber nests consist of short mud tubes constructed side by side and are most often located in shaded areas like porch ceilings, under eaves, or in sheds and barns. The female mud dauber collects spiders, paralyzes them with her sting, and then places them inside mud chambers within the nest. She deposits an egg on top of one of the spiders in the chamber before sealing it off. The larval wasp hatches and feeds on the spiders provided, molting several times before pupating and transforming into an adult wasp. Nests are inactive when there are round holes on the outside. This is a sign the wasps have left!

Mud daubers are perhaps one of the least aggressive of their kind. In fact, many consider them to be beneficial in reducing spider populations (some species will even feed on black widows!). Mud daubers may not be excessively dangerous, their nesting habits can be a nuisance when they are nesting in or near your property. If you find a mud dauber population on your property, it’s best to contact your local wasp control company. 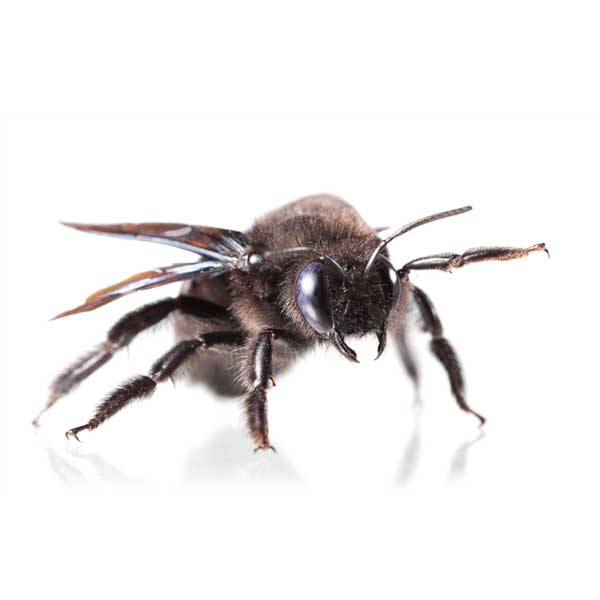